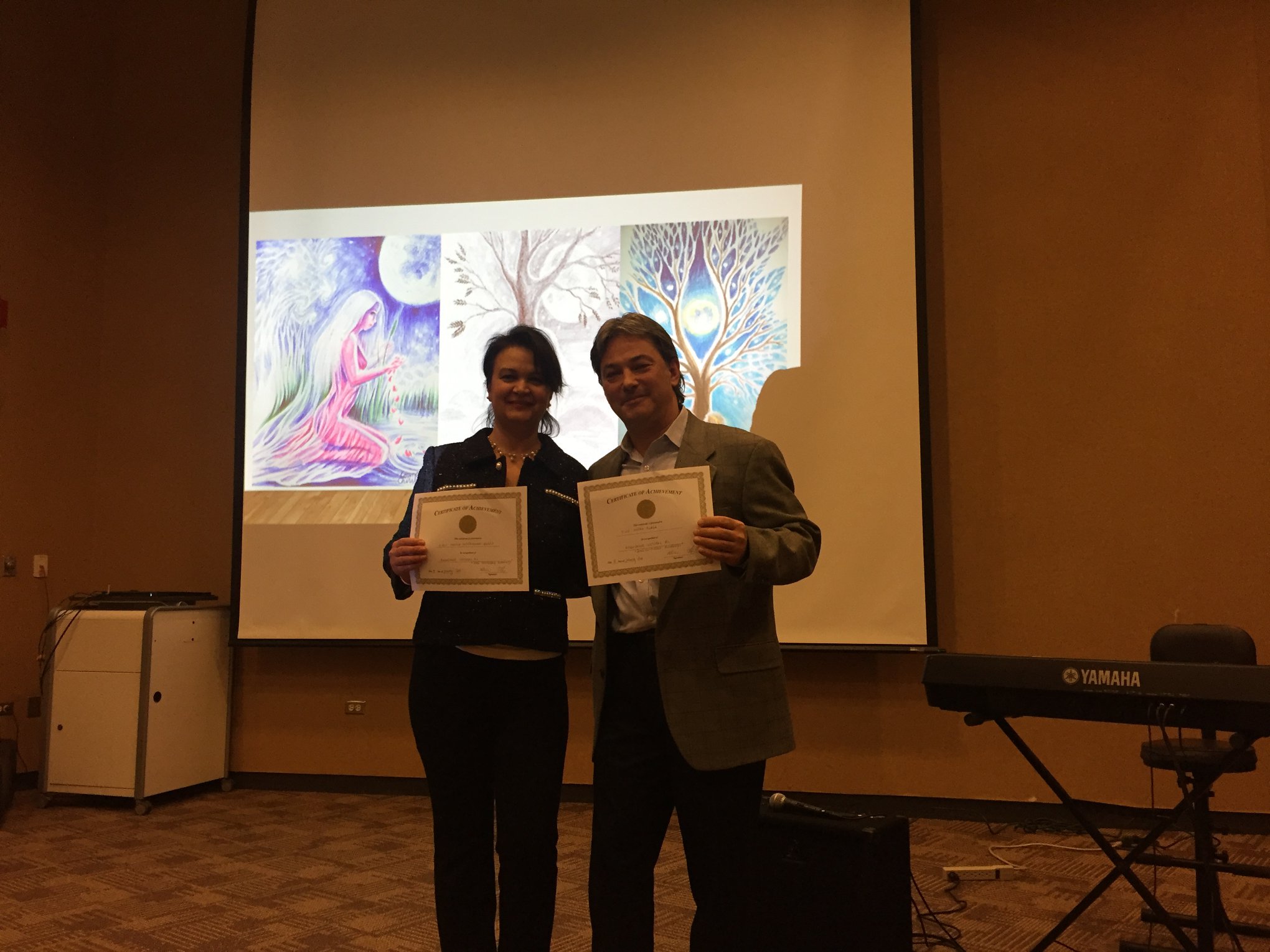 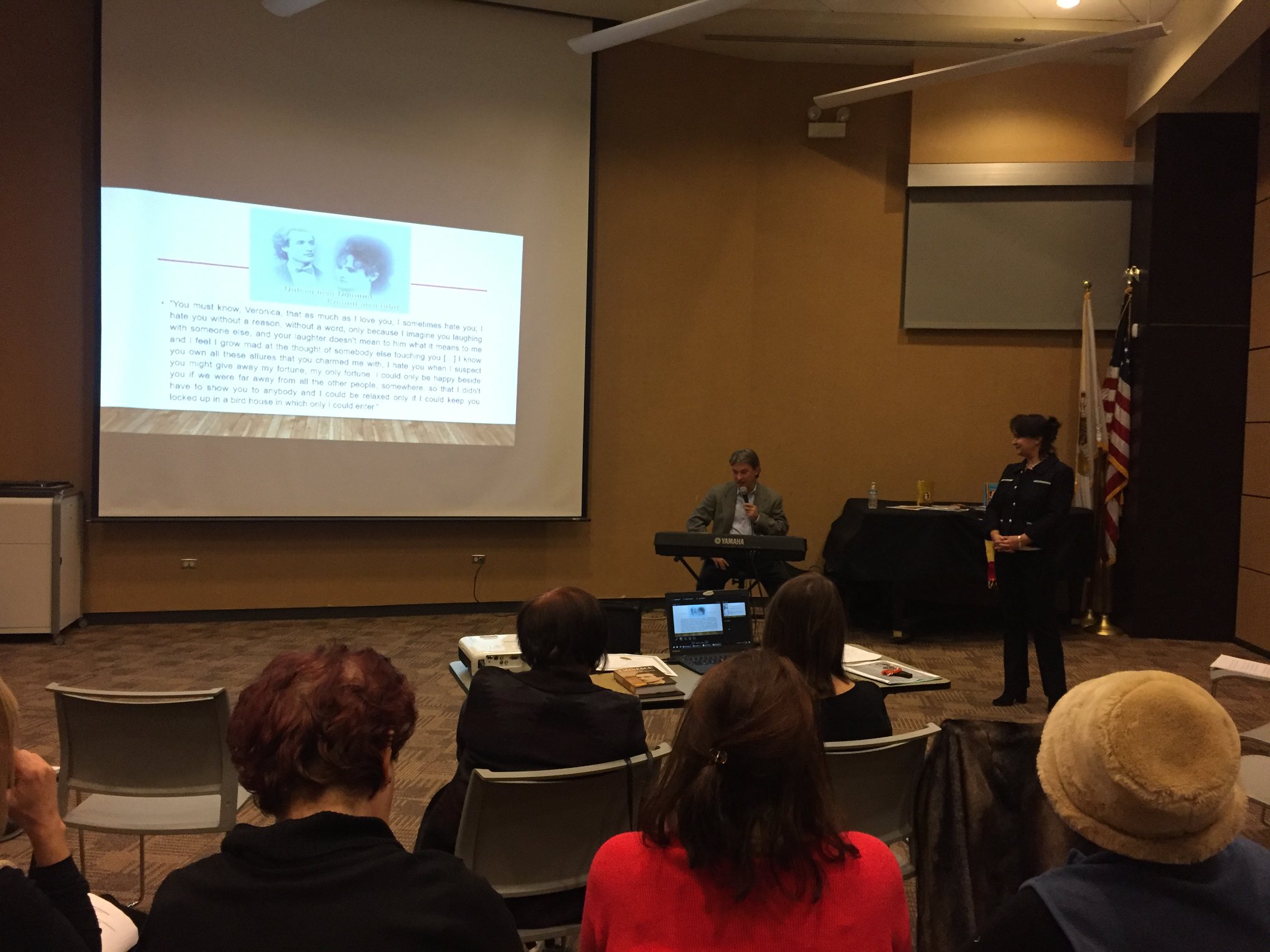 Lucian Blaga and Monica Toparceanu Blaga both started singing since childhood. Lucian studied piano in high school and then within The National University of Music of Bucharest, previously known as the Ciprian Porumbescu Conservatory. Monica was singing in her high school choir and graduated the Popular School of Arts from Bucharest, Romania. Lucian finished college Magna cum Laude with 2 masters: one in teaching and one in composition. Monica graduated a master in UK and continued her professional activity in London. While still in Europe, in 1993, Lucian won first place at the Mamaia festival with the song "Din tot ce-a fost" and became member of the Romanian Union of Composers and Musicologists in the next 2 years. In 1995 he won third place within the same annual festival. Monica met her future husband at one of her musical shows/performances with the music ensembles that she was singing with, in Romania. They have been collaborating ever since: he composes the music and she composes the lyrics and sings. In 1996, the family moves to Chicago; Lucian graduates Roosevelt University with a master degree in Musical Theory. Currently, he continues to compose music while his wife, Monica writes the lyrics and accompanies him vocally. They are involved in many cultural events organized in Chicago area. In January 2019, Lucian and Monica were invited by SPOC's Art & Culture cultural event "Seara culturala romaneasca" to perform at the Naperville Public Library.